World Screen is putting the spotlight on hot properties for Asia TV Forum in our second annual TV Asia Screenings Festival. Clicking on each show title below will take you directly to the trailer.

It’s been a long three years since the content community convened in Singapore for the Asia TV Forum & Market (ATF). And per organizer RX Singapore, there’s plenty of pent-up demand for a market focused on this growing region. While the recessionary fears plaguing the rest of the world certainly have media execs in Asia concerned, the top-line news is that the streaming sector is still growing, pay TV isn’t dead, and free-to-air broadcasters are winning audiences with top-notch, locally resonant content.

All3Media International arrives in Singapore with an extensive slate of drama, factual and formats, both scripted and non-scripted. On the drama front, the company is showcasing Marriage with Sean Bean and Nicola Walker, which Kit Yow, VP for AsiaPac, says “delivers a tender and truthful look at the insecurities, ambiguities, hopes and fears that are part of the risks and gifts of a long-term partnership.” On the scripted-formats front, a key offering is the Irish drama Blood, recently adapted in India as Masoom. In unscripted, Yow and her team will be talking to clients about the fact-ent series The Dog House, which is “feel-good television at its best,” she says, and Hauntings: “True crime meets paranormal in this premium anthology series,” Yow notes. Rounding out the company’s TV Asia Screenings Festival highlights is the high-concept format The Traitors. “The format has already been commissioned in 11 territories in 11 months, including Network 10 in Australia, BBC One in the U.K. and Peacock in the U.S.,” Yow says.

ABS-CBN Corporation from the Philippines is putting the spotlight on its extensive slate of dramas and romantic comedies, among them A Family Affair, which Wincess Lee, sales head for Asia, LatAm and OTT, bills as a “story of family and forgiveness.” A Viu original, Flower of Evil is based on a Korean show created by Jeong-hui Ryu and produced by Studio Dragon and CJ ENM. ABS-CBN is also showcasing 2 Good 2 Be True, a light romance series; the fantasy/romance series Love in 40 Days; and the buzzy fantasy adventure Darna. “The fight between good and evil, when presented in a fantasy series, can draw all members of the family to scheduled viewing, especially when coupled with elements of romance, family, values of hard work and women’s empowerment,” Lee says.

ATV is seeing solid gains in its Turkish drama business across AsiaPac, according to Müge Akar, the head of sales for Europe, Asia and Africa. “We have licensed our most-watched dramas—The Ottoman, For My Family, Destan, Maria and Mustafa and Between Us—to Uzbekistan, Malaysia, Indonesia, Pakistan and Afghanistan, and we are continuously adding more series to our catalog overseas. We also aim to reach out to Thailand, Taiwan and Vietnam.”

Several kids’ content distributors will be on-site in Singapore, including Studio 100 Media, which is highlighting Vegesaurs, a preschool comedy/adventure series. “Vegesaurs is a fresh and unique take on the dinosaur genre with characters you can only find in this show,” says Vanessa Windhager, sales executive. “Targeting kids 4 to 7 years old, the show is the perfect edutainment for preschoolers. Vegetables and fruits were never so much fun!”

Cyber Group Studios arrives at ATF with an extensive slate of animated series. “At this market, we’re highlighting our preschool series Gigantosaurus, which is already broadcasted in China on CCTV, Japan on NHK and Singapore on Mediacorp services, to name a few,” says Pauline Berard, international sales executive. “We are also very confident that the universality of our slapstick, 100 percent pure comedy cartoon series Taffy will find its audience in Asia.”

Robert Bassett, senior sales manager at Passion Distribution, is looking forward to returning to Singapore to meet clients face-to-face again. “Into next year, I think growth is the keyword, whether that be with global streamers, regional players or traditional linear clients,” says Bassett, adding: “We are looking forward to introducing our exciting new slate of unscripted content,” which includes the sports-themed Freddie Flintoff’s Field of Dreams.

The array of channel and platform representatives attending the market in Singapore includes Rewind Networks’ Sandie Lee, executive VP and channel head, who acquires for the HITS and HITS MOVIES pay-TV networks, which are in 24 million households across 14 countries. “Our content offerings have consistently stayed true to the brand proposition of ‘the best TV and movies—all in one place,’” Lee notes. 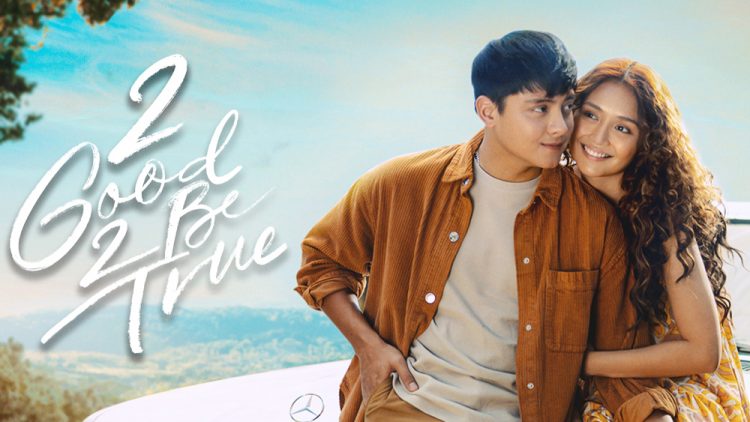 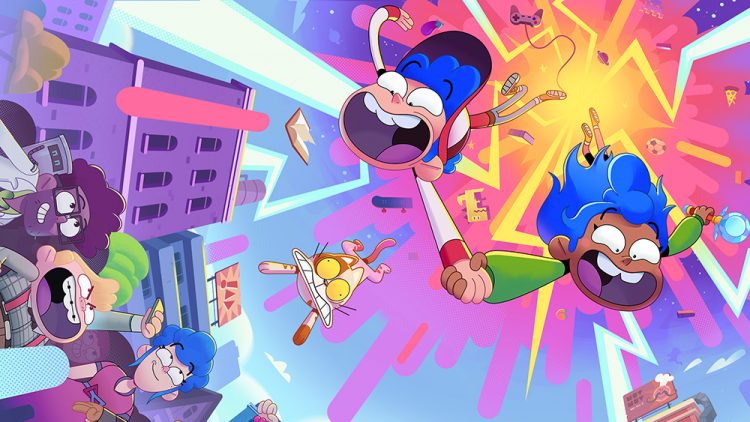 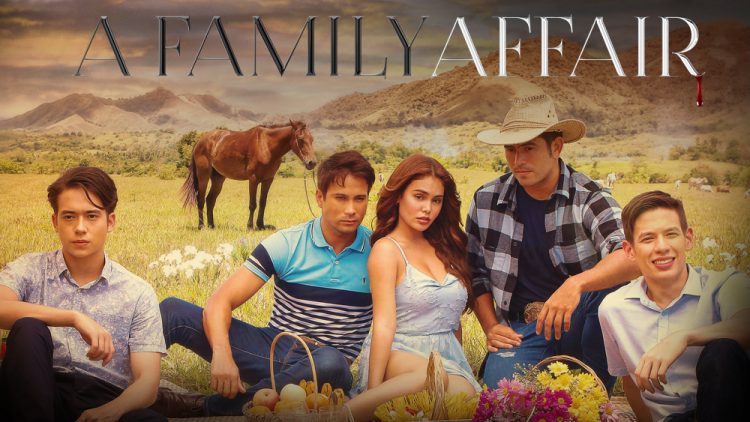 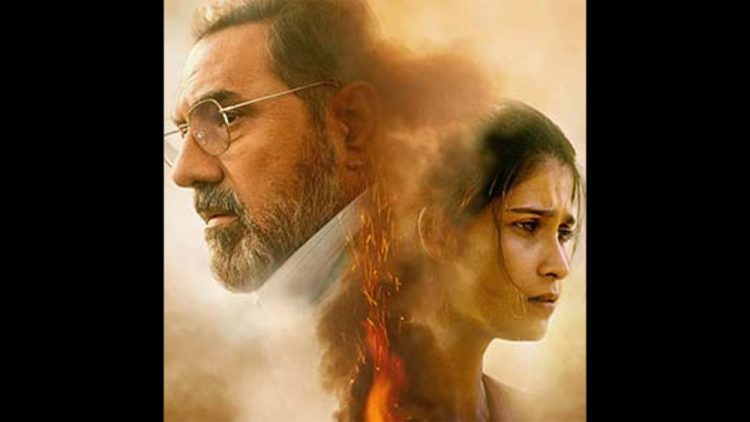 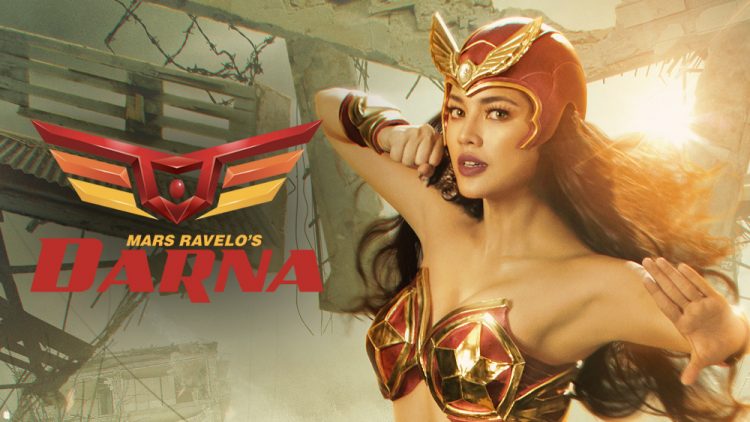 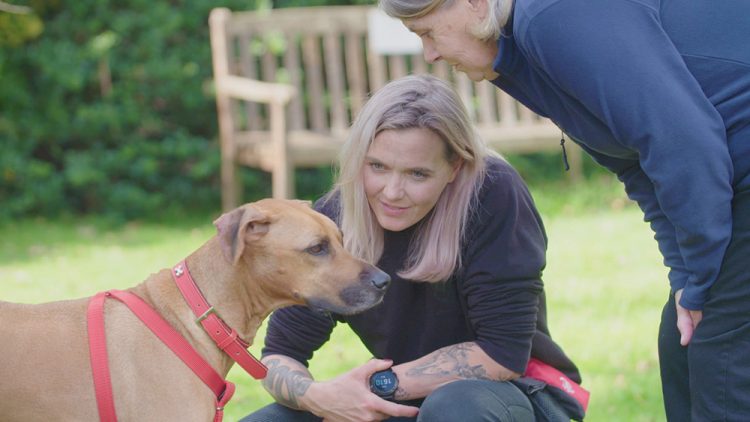 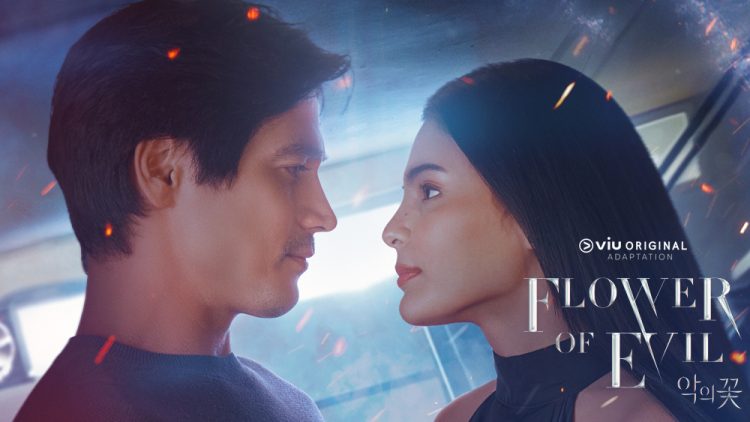 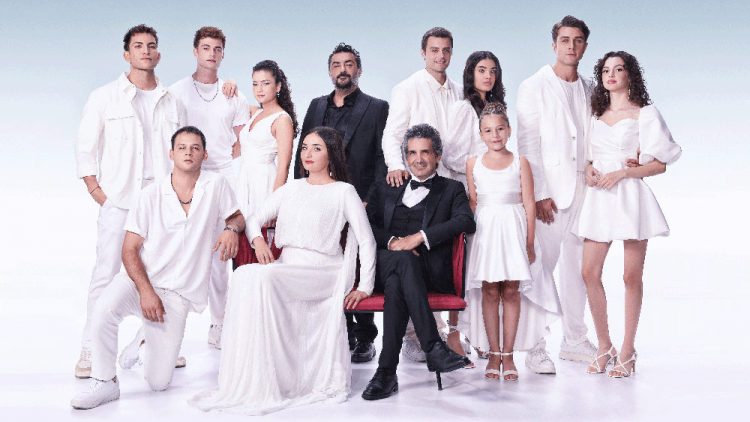 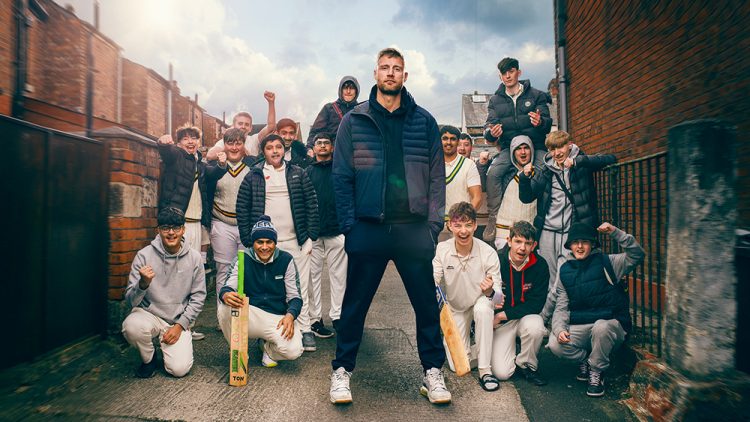 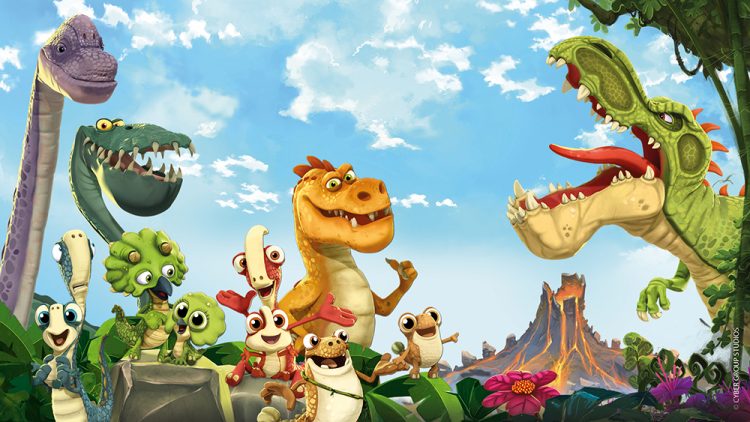 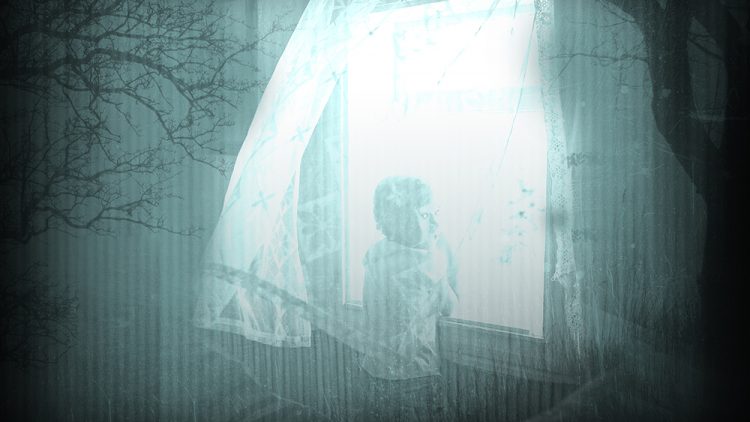 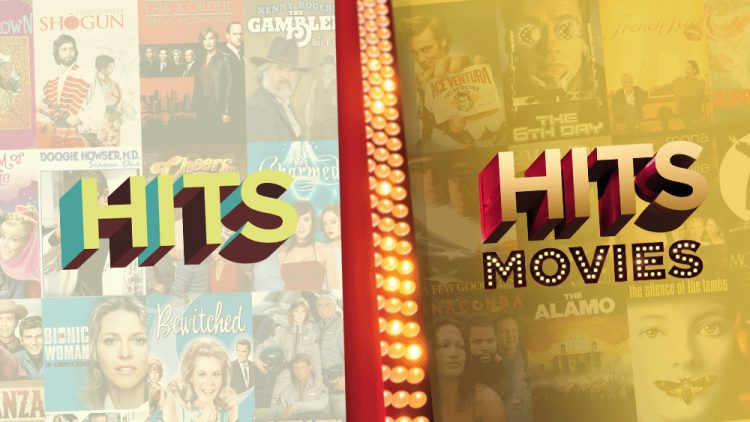 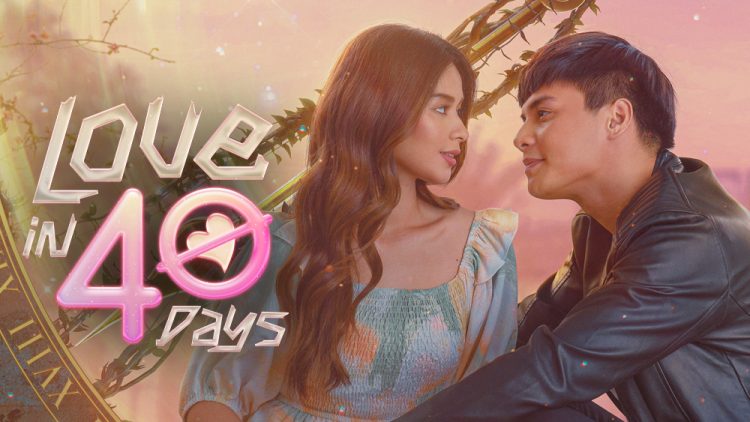 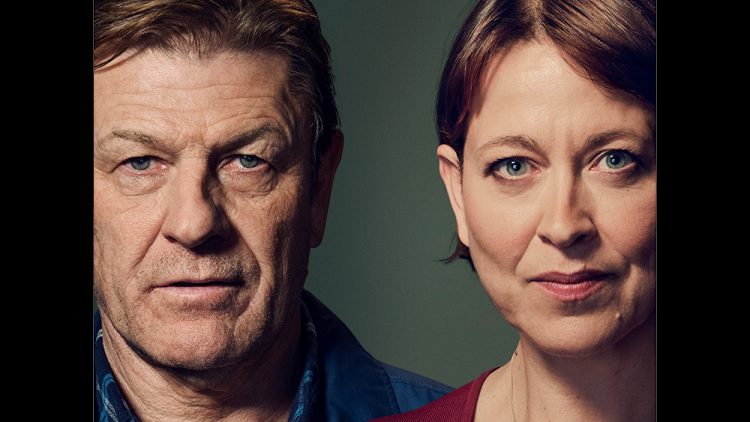 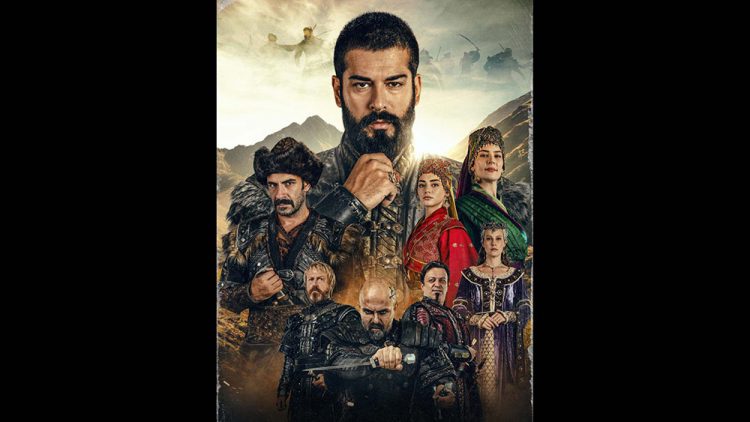