In Their Own Words

The documentary series In Their Own Words explores the lives and impact of some of the most transformative figures in modern history, using a fresh and innovative combination of interview, archive and animated content to take viewers on an intimate journey into the lives and minds of some of the world’s most compelling men and women. 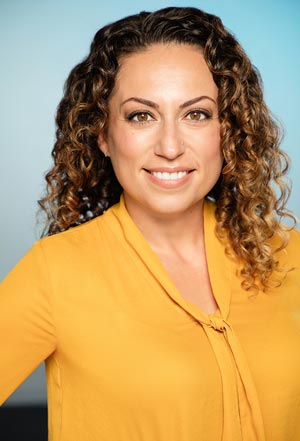 “In Their Own Words was introduced to us by Canadian producers Prospero Pictures, which are credited on some amazing series, including Ice Road Truckers,” says Marine Ksadzhikyan, COO and executive VP of sales at Rive Gauche. “In addition to the series profiling major icons, we were even more excited that the series was inspirational and enlightening. The storytelling utilized pivotal moments in the subjects’ lives that defined their impact, motivation and legacy. With so much chaos occurring around the world, this series felt very timely. We quickly signed on to become partners on the access-driven project and are extremely excited to share with the worldwide audience.”

Season one was a resounding success on PBS, as it featured the likes of Muhammad Ali, Queen Elizabeth II and Jim Henson. With that strong performance and current global environment, Rive Gauche has even higher hopes for season two for the international market. In the second season, the icons being profiled include German Chancellor Angela Merkel, Pope Francis, Elon Musk, Chuck Berry, President Jimmy Carter and Princess Diana. “Though we are all familiar with these people, the series really shows them in a whole different light,” says Ksadzhikyan. “Some of the most important figures in today’s pop culture and political spheres are also featured in the series.”

The biographies capture the pivotal events of its inspiring subjects’ lives through the eyes of those closest to them and the people most impacted by their actions, with impactful quotes from the innovators themselves.

In Their Own Words fits in line with the types of globally resonant programming that comprises the wider Rive Gauche catalog. “Rive Gauche has always looked for programming that is on trend, has global appeal and resonates across all cultures,” Ksadzhikyan says. “Each of the icons featured have not only impacted their own countries but have also touched the lives of many around the world. Stylistically, the series has a distinctive premium look and diverse storytelling techniques. We believe In Their Own Words will become a long-running premium series just like The Dog Whisperer and Homicide Hunter, to name a few.”

The company, as a whole, is ambitious about the types of stories it wants to bring to the international marketplace. “Rive Gauche wants to continue to take chances, be in front of the curve and, as a result, to be the home of long-running series that become global brands for our clients,” says Ksadzhikyan. “We have to have passion for the shows we get behind. We are quite selective when we choose to co-produce and/or distribute a program.”

Rive Gauche is currently one of the few independent global distributors that has been active for over 25 years, boasting a curated library of more than 1,700 hours of high-end evergreen factual programming. The company tapped seasoned executive Justina Hamperek as senior VP of acquisitions and sales last year, expanding its strategy beyond the U.S. to source product and partner up with producers from all over the world on projects it feels strongly about. “Coming in during the early stages of development allows us to be creative with our partners, contribute our know-how and get all the pieces in place to allow us to make the shows into successes,” Ksadzhikyan says.

“We are not only positioned to continue to supply our trusted global partners, broadcasters and streamers, but also the new AVOD outlets,” she adds. “Our vast library of high-quality factual crime series and other must-have brands like The Dog Whisperer and My Strange Addiction are highly sought out by these new platforms. We’re very excited to be reaching viewers directly through these means.”

Rive Gauche’s venture with sister company AfterShock Comics (forming AfterShock Media) last year expands its reach into original scripted content creation, taking original comic IP and translating it for film and television. “Rive Gauche now has a film and TV department dedicated to this endeavor, both in the U.S. and internationally,” notes Ksadzhikyan. “With over 100 original IP crossing a multitude of genres, Rive Gauche is out in the marketplace focusing our energy on talking to producers, writers, directors, broadcasters, streamers, etc., with over 15 deals already in play in various stages globally.”

AfterShock Media, which is comprised of Rive Gauche and AfterShock Comics, is designed to navigate the changing media landscape with its experienced entertainment veterans. Looking ahead, Rive Gauche will selectively expand its library with high-quality product that meets the needs of its clients and continues to be a source for them, Ksadzhikyan says. It will also look to opportunistically participate in the growth of the streamers while serving its long-standing clients.