Thanks in large part to the global streaming platforms, the business of international drama is booming. From Scandi noir to Turkish family dramas, German historical epics to Filipino fantasy series, you’ll find an abundance of non-English-language scripted series on offer at MIPCOM. We’ve highlighted a selection below.

Cross-border international collaborations continue to define the global scripted drama business, and ZDF Studios has a number on its slate, including The Window, a character-based thriller made in collaboration with Japan’s Fuji TV. “Created and written by BAFTA- and Emmy Award-winning screenwriter James Payne (The Musketeers, Hooten & the Lady, Mr. Selfridge), The Window is a drama thriller that explores the complex and dark off-field machinations of the world of soccer,” says Robert Franke, VP Drama. “It is particularly relevant given the upcoming major soccer events!”

While The Window is rooted in the gritty realism of European football, ABS-CBN Corporation is offering up fantasy and lighthearted fun with its International Drama Screenings Festival highlights. Pia Laurel, head of ISD and partnerships at the Filipino media company, highlights the buzzy superhero series Darna, which has been a hit in prime time and on social media. “In its first week, it accumulated more than 41 million combined views on YouTube and has consistently averaged around 230,000 live concurrent views per episode,” Laurel says. 2 Good 2 Be True, meanwhile, is a romance drama starring popular Filipino actors Daniel Padilla and Kathryn Bernardo. “This marks their first return to prime-time television since 2017, and what a comeback it is,” Laurel says.

Marking its 30th anniversary at MIPCOM, Inter Medya has an array of hit Turkish drama series on offer, including Another Chance, which Can Okan, the company’s founder and CEO, says “tells a father-son story in a striking and heartwarming way. The series [shows] that everyone deserves a second chance by making the audience laugh and cry at the same time. Another Chance will take the audience on a wonderful journey with many stories flowing simultaneously.” Also on offer are The Girl of the Green Valley and the brand-new Poison Ivy.

Eccho Rights is also arriving in Cannes with a buzzy new Turkish drama, Golden Boy, “the latest production from OGM Pictures, whose series such as Chrysalis and My Home My Destiny have been among the most popular in Turkey and around the world for the past three years,” says Handan Özkubat, director of Turkish drama. “This amazing family drama deals with themes of betrayal, unreciprocated love and revenge.”

The slate from MISTCO, meanwhile, includes a ratings-winning medical drama, The Town Doctor, which features a “great cast,” according to Aysegul Tuzun, managing director. Tuzun will also be introducing MISTCO’s clients to The Blackboard, “a revenge story with a great cast combination of Irmak (Miray Daner) and Atlas (Furkan Andıç),” she says. “With a triangle love story, the series offers a traditional Turkish drama pilot.”

While long known for its enviable stable of English-language drama series, All3Media International has been diversifying its slate, with its International Drama Screenings Festival highlights including two European thrillers. Black Sands is an Icelandic crime drama from producer Glassriver and director Baldvin Z. The Swedish thriller Blinded is back for a second season, which, per Stephen Driscoll, executive VP of EMEA, “offers a masterclass in compelling, intelligent storytelling, combined with stellar performances, stunning production value and a taut, timely script.”

LEONINE Studios will be touting Bonn, from the makers of Spy City. “Based on true events, Bonn is an ambitious and thrilling historical drama that captures the essence of the social and the political winds of change that swept through Germany after WWII,” says Patrick Phelan, director of world sales. Also on offer from the company is Herzogpark, “a mix of social comedy, thriller and drama,” Phelan says. “The tone is sardonic, acerbic and full of self-irony, yet also loving and empathetic because behind the fancy veneer is something all too human and universal: vulnerability.”

ZDF Studios has a slew of suspenseful stories from Europe to showcase this MIPCOM, including Dear Vivi, written and produced by Natalie Scharf. “Dear Vivi is an emotional family drama and thriller combo that uncovers the mystery behind the shocking murder of a wife and mother in seven suspenseful episodes,” says Sebastian Krekeler, Director Drama. Krekeler also highlights the female-driven family drama High Spirits, from award-winning director Sabine Derflinger.

ZDF Studios has also been growing its English-language lineup, such as the brand Clean Sweep. “Irish content has significantly gained in importance in the international market, so we are proud to partner in this production, a thriller full of twists and turns that will captivate audiences worldwide,” says Yi Qiao, Director Drama, who also spotlights season two of Top Dog.

Eccho Rights has also been expanding its English-language lineup, arriving at MIPCOM with Desperate Measures, which Lucy Roberts, director of sales for Western Europe, bills as a “gripping thriller” with a cast that includes Amanda Abbington as a diligent bank clerk who is forced to pull off a heist to save her son.

Israel remains a thriving market for high-end scripted, and Dori Media’s big new launch for this market is Hammam, a modern adaptation of the Biblical tale of Saul and David. Reflecting the diversity of the company’s slate, there’s also a Spanish-language production on offer: Mercy on Us (Ten Piedad de Nosotros). “A treat for crime series lovers, Mercy on Us combines revenge drama with a murder mystery in an intriguing and captivating story,” says Carolina Sabbag, VP of sales for Western Europe, the U.S. and Canada.

Other highlights in the International Drama Screenings Festival include the Indian adaptation of Blood, Disney+ Hotstar’s Masoom, from All3Media International, as well as two hit Turkish dramas from ATV, For My Family and The Ottoman. 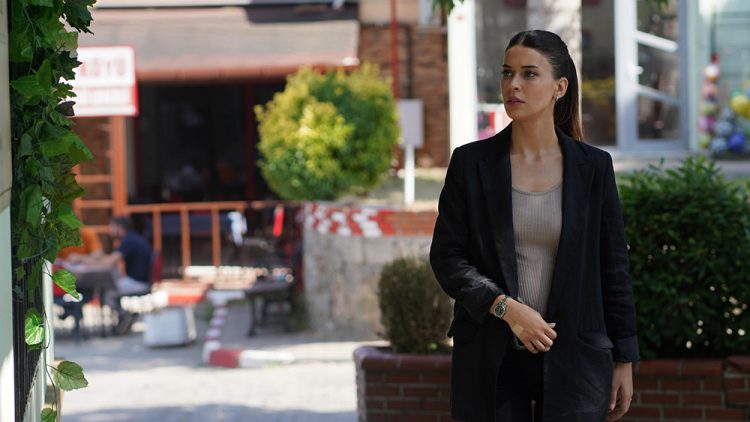 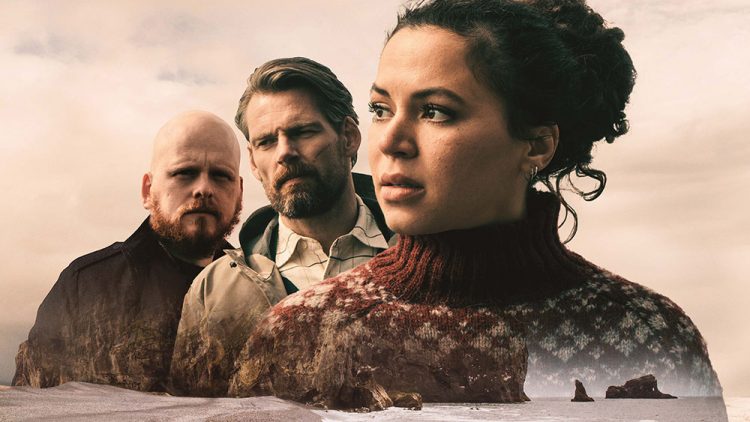 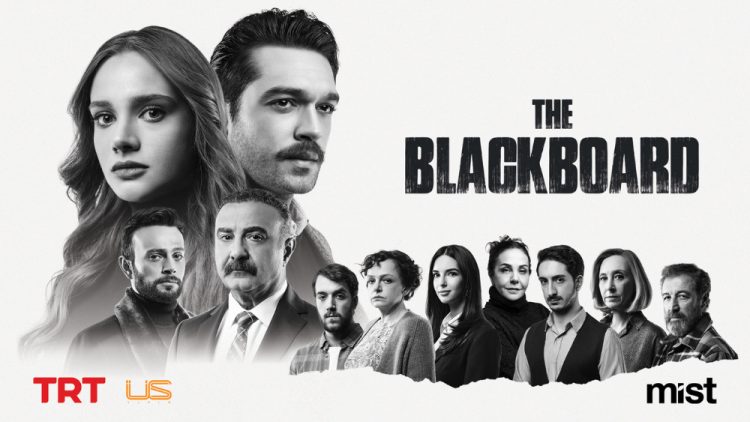 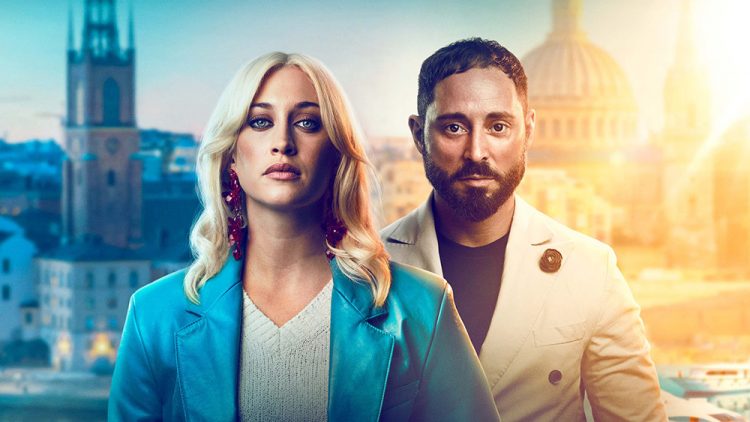 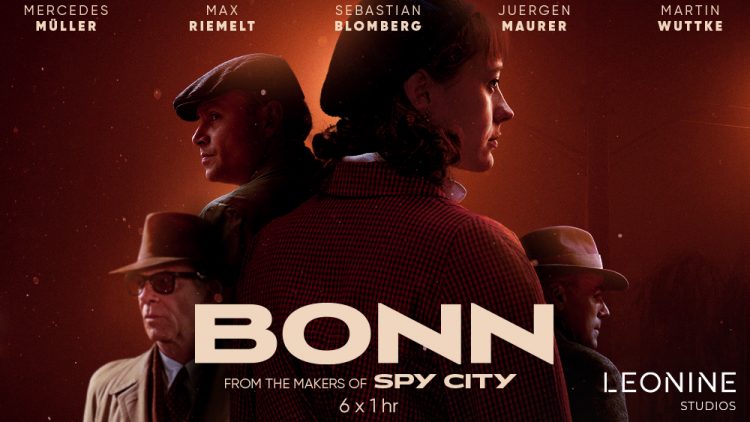 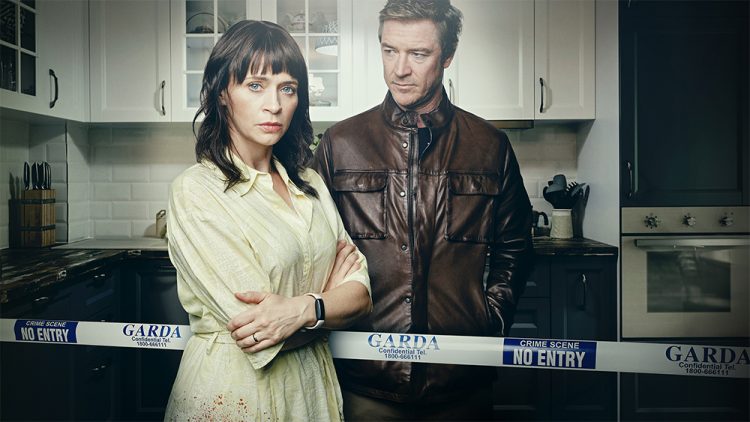 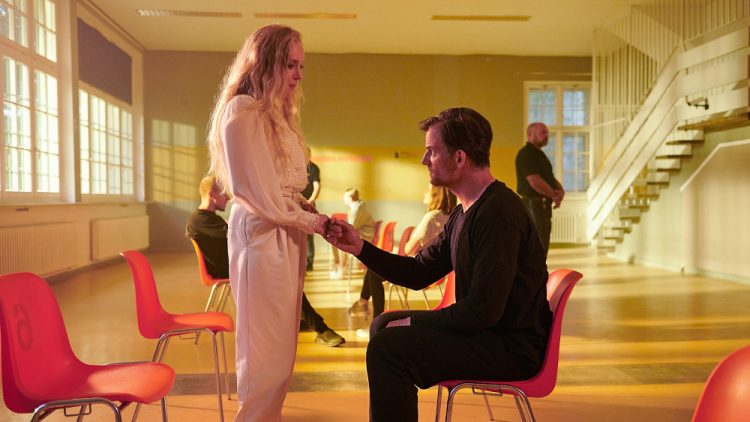 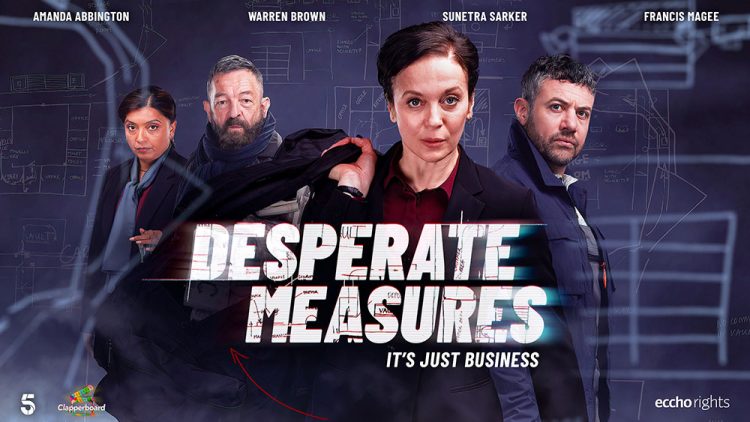 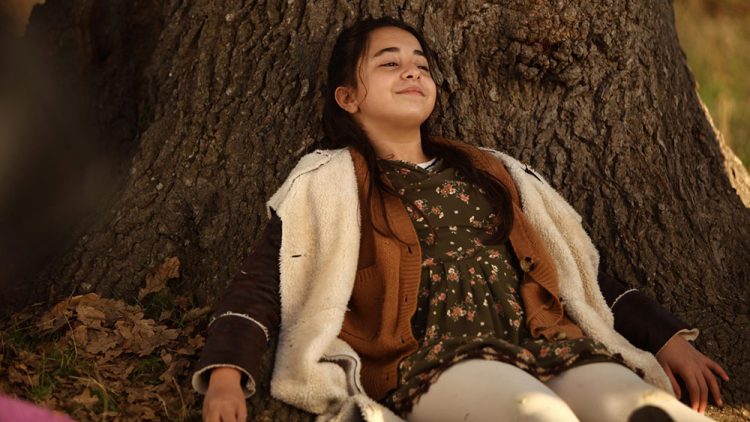 The Girl of the Green Valley 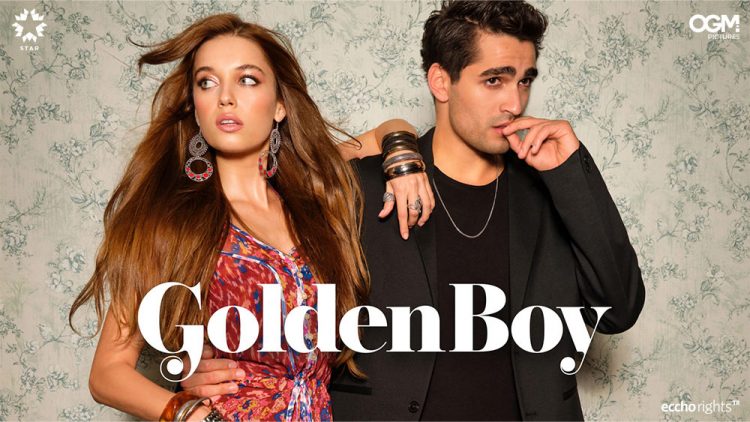 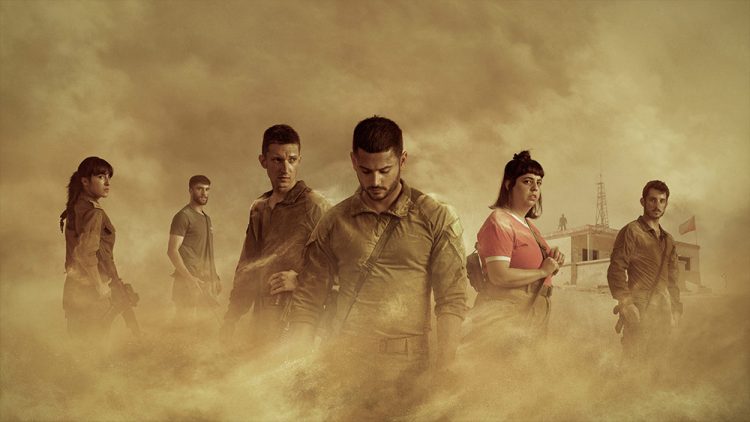 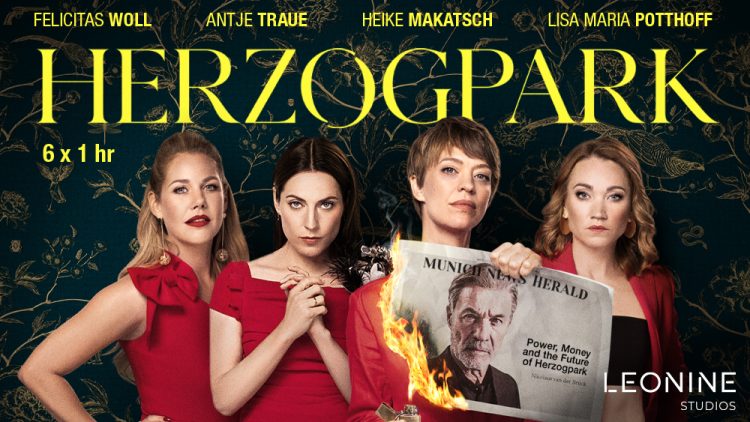 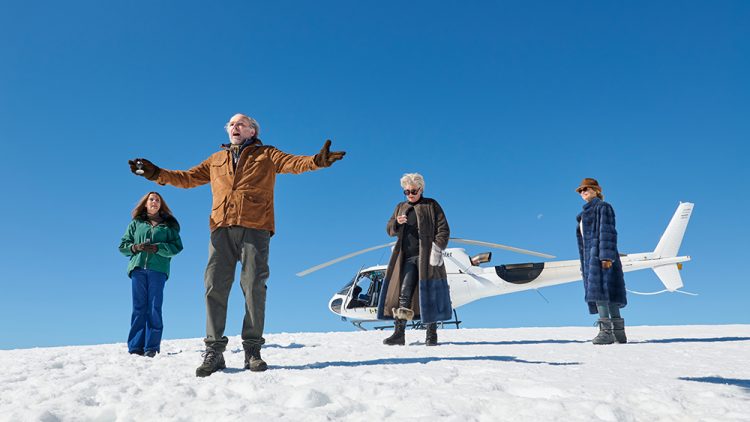 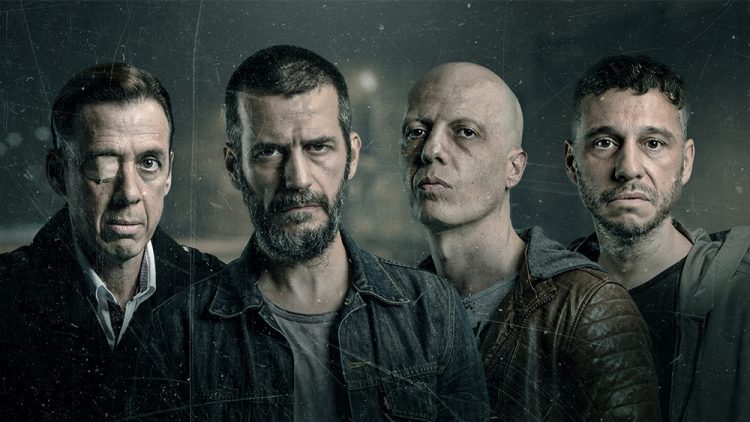 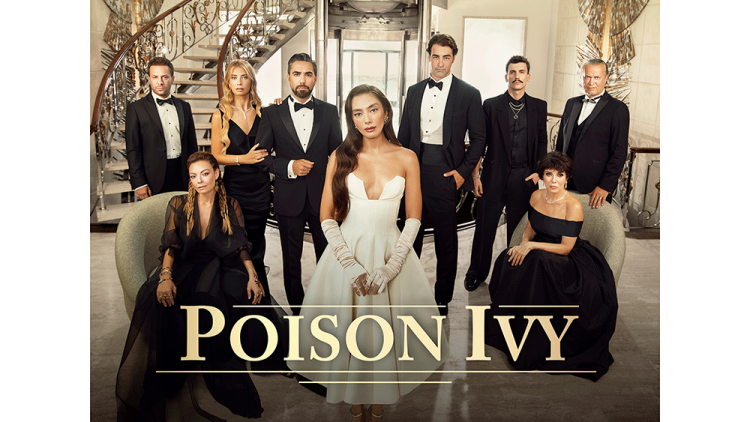